An Interview with Jim Butcher 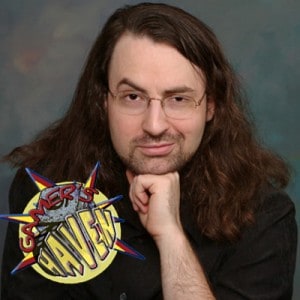 An Interview with Jim Butcher

Ethan had the chance to finally sit down with Jim Butcher, author of the Dresden Files and Codex Alera books series, and talk with him about gaming, world creation, and, of course, the latest addition to the Dresden universe, Ghost Story.

Jim Butcher (born in Independence, Missouri, United States, on October 26, 1971) is a New York Times Best Selling author most known for his contemporaryfantasy book series The Dresden Files. He also wrote the Codex Alera series. Butcher grew up as the only son of his parents, and has two older sisters. He currently lives in Independence with his wife, Shannon K. Butcher (an author of romance novels), one son, and his guard dog, F. D. M. Butcher.

About the Dresden Files

The Dresden Files is a series of fantasymystery novels written by Jim Butcher. He provides a first person narrative of each story from the point of view of the main character, private investigator and wizard Harry Dresden, as he recounts investigations into supernatural disturbances in modern-day Chicago. Butcher’s original proposed title for the first novel was “Semiautomagic”, which sums up the series’ balance of fantasy and hard-boiled detective fiction.

In 2007, a television series based on the novels aired for one season on the American Sci-Fi Channel 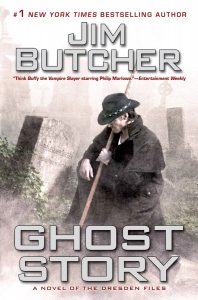 Ghost Story is the 13th book in The Dresden Files, Jim Butcher‘s continuing series about wizard detective Harry Blackstone Copperfield Dresden. Initially, the story was to have been titled Dead, but this title was rejected and Butcher went with Ghost Story